Welcome to my first post about my Baby Boomer Reboot journey!  As many of you already know, I returned to college in my fifties and wrote a book about my experience.  If you haven't already read my book, it's available at Amazon at this link: Baby Boomer Reboot - A Fifty-Somethings Return to College

After getting my bachelor's degree, I got so excited about academia that I decided to pursue a master's degree.  I applied for a program in Greece titled "Heritage Management" and was accepted.  This degree is offered through the University of Kent in the U.K. and the University of Business and Economics in Greece.  It's a small program.  This year there will be only sixteen students.  The program begins in September 2019 and takes place in Elefsina, Greece, about thirty miles outside of Athens.  Elefsina is home to the archaeological site of the Eleusinian Mysteries.

Joe and I arrived in Athens at 2:30am on July 9, 2019.  We stayed in Athens for a couple of nights at the Intercontinental Hotel, which gave us a room with a view of the Acropolis.  While in Athens we visited the Acropolis Museum, just below the Acropolis, a highly recommended museum. We still haven't made it to the Acropolis yet because of the heat.  (It has been in the lower nineties to lower one hundreds here, too hot for hiking.)

Our leased car arrived at the hotel.  We tried to stuff our seven suitcases and hand luggage into our little car.  There was no way it was going to fit, so we hired a taxi cab to drive with us to Elefsina.  This worked out perfectly because we had no idea where we were going!  We were completely confused and overwhelmed by the crazy streets in Athens.

I knew Elefsina was an industrial area, but I wasn't prepared for the intensity of it.  Huge oil containers lined the port.  A pipe with a flame spewing black smoke could be seen from our hotel room.  There were a couple of days where the smell of oil permeated the air.  I wasn't very excited about living in Elefsina, but I also wanted to live close to my school.

The second day in Elefsina, a realtor arrived to show us apartment possibilities.  He told us a woman would meet us and he would arrive later.  A woman did appear, but she hardly spoke any English.  When the realtor arrived, he told us he had only one apartment to show us!  I had explained to him earlier via email that we needed to move out of the hotel as quickly as possible.  He didn't appear particularly concerned about this problem.  He took us to a very expensive apartment which had no laundry facilities.  The apartment was OK but not worth the price at 900 euros.  In addition, the owner wanted to charge us to have our laundry done.  (There are NO laundry mats or laundry services outside of Athens, seriously!  I did massive amounts of research to find a laundry mat.  We ended up at a industrial truck stop, which had one washer and dryer.  I purchased soap from the owner of the truck stop and washed my clothes.  I don't know what was in that soap, but my clothes were so heavily perfumed, I couldn't even wear them.  I had to rewash everything a week later to get rid of the smell.)

The realtor then got on the phone to try to find another place to show us.  It appeared he had done zero preparation except to show us the very expensive apartment.  He took us to another house that smelled of mothballs and gasoline.  It seemed as though the house had not been opened for many years.  There was no way I was going to live in that house.

He then got on the phone again.  He said there was a place but it was very far away, about one hour.  It was north of Elefsina on the Gulf of Corinth in a place called Kato Alepochori.  He said we could see it that evening, but we would have to drive ourselves there and meet his contact.

Side note: Kato means "down" in Greek and Alepochori means "red fox."  To get to the village, you must go down a mountain and the forest surrounding the village has many red foxes.

While waiting to drive to Alepochori, Joe and I decided to take matters into our own hands.  We were going to find another real estate office and get another agent.  We drove through town looking for an office that might be a real estate office, you know, offices with pictures of homes in the window.  NOTHING!  We then drove to the next town and the next town.  Again, NOTHING!  We finally decided to consult Google.  Our phone led us to a narrow alley with no address numbers.  I walked into a shop asking about a real estate office.  Strangely, they had pictures of apartment buildings on the wall.  No one spoke English except for an older boy.  He asked the men behind him who smirked and cracked a joke.  The boy said there are no apartments for rent.  He then gave me a number of someone we could call.  I called the number.  A man answered in Greek.  I said, "Do you speak English?"  The man immediately hung up on me.  So much for that lead!

It got later and later so Joe and I gave up and drove to Alepochori.  We drove through a pine forest, then around a bend.  Like a blue liquid sapphire, the Gulf of Corinth materialized.  As we wound down the long road to Alepochori, crystal clear turquoise water lapped the rocky shore.  As the water deepened, it darkened into a navy blue.  The sea-lined village was breathtaking, but it was also fifty minutes from my school.  I was skeptical as we waited for the agent to meet us.  Joe asked, "Why are we even here if you've already made up your mind?"

"We've come this far.  We may as well see the house," I replied.

We drove up to the gated modern house.  Beautiful fruit trees and vegetable garden bordered the driveway.  I walked inside. There were three bedrooms, two bathrooms, a modern kitchen with dishwasher, and a huge dining and livingroom.  There were three outside seating areas on the bottom and top floors, along with an outdoor fire BBQ area.  It was instantaneous.  This was home.

The drive did not matter.  Besides, I drove forty-five minutes to school in Los Angeles.  In addition, the house was priced at 500 euros.  So the decision was made.  The only problem was it would not be free for a couple of weeks as the owner had advertised it on AirBnB.

After accepting the house, we had to figure out where to stay in the meantime.  We went to Ancient Corinth and rented a little apartment for a week.  While there we explored some of the ancient ruins of the Peloponnese. We were then invited by the family that owned the house to stay in one of their apartments in their summer family complex.  We stayed there for three weeks and got to know and experience a wonderful, friendly Greek family.

But now, we have moved into our beautiful Greek villa and we couldn't be happier.  School starts in a couple of weeks.  While waiting, I swim in the Corinth Gulf almost every day.  Is our life perfect?  No.  There are many hurdles and confusions that come along with living in a foreign country where English is not the main language.  However, our life is interesting, strange, confusing, and beautiful.  Slowly, we are finding our way around and are beginning to feel comfortable.

Here's some pictures of our Greek villa. 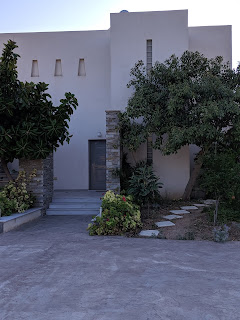 Outside of our Greek villa 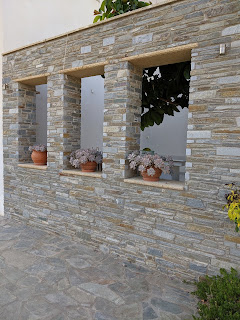 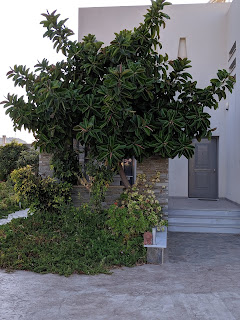 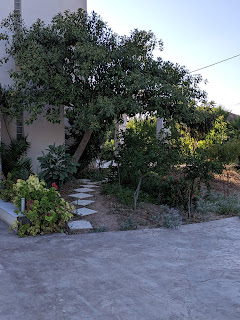 Block path through the garden next to the front door 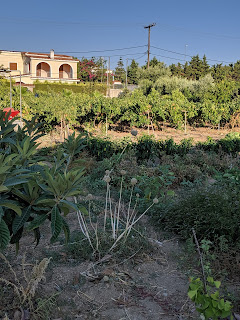 Gardens on the front.  There are gardens in the back too! 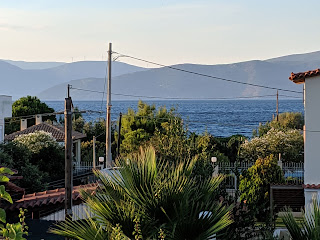 View of the Corinth Gulf from our upper balcony 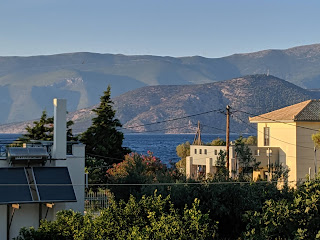 Another view of the gulf.

Until then "ya sou" as they say in Greece, which means hello, goodbye, and cheers. 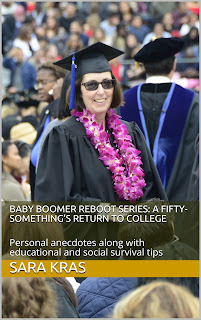